A Trip to Royal Hill of Ambohimanga
(Saturday 1st March, 2014) 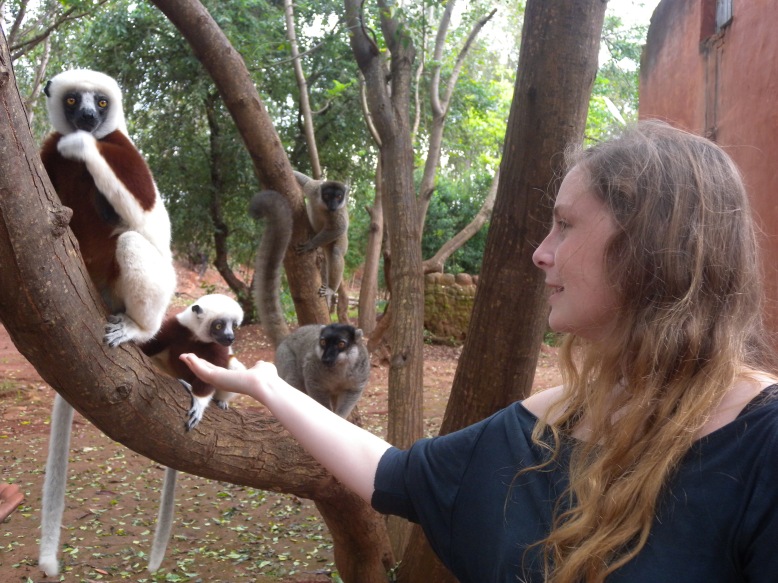 Visiting the lemurs in Madame Ariane’s park near Ambohimanga.

Well, today is different seeing that I have been on a little trip. I have ventured outside Antananarivo to Ambohimanga (Blue Hill in English), the UNESCO World Heritage site here. M wanted to bring me there, and her and her friend picked me up at Karthala. We wanted to go by bus to Ambohimanga. At first we made it to the bus station where the long distance buses go from; quite a special place. It was probably, to date, the most annoying place to be a foreigner. People were making a huge deal out of staring, commenting, begging and some other uncomfortable things. We learned as we got there that there would be no bus going that direction in the foreseeable future (which is not abnormal here) and therefore we chose to grab a taxi instead. The landscape going there was just wonderful!

When we got there, a guide had to show us around the premises of the palace on the hill of Ambohimanga. It was very interesting and I learned some new things about the royal history of Madagascar. However, the palace seems relatively small and modest compared to some of the castles the royalty live/lived in back home in Denmark. From the garden there was an excellent view point and it was pretty amazing. 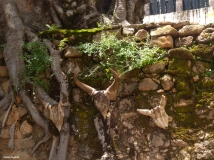 Sacred trees that attracts pilgrims to make sacrifices on the grounds of the palace on Ambohimanga.

From the parts of the palace in Ambohimanga that you are allowed to photograph. 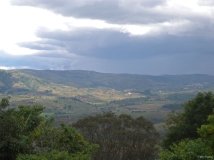 View from the gardens on top of the hill of Ambohimanga. 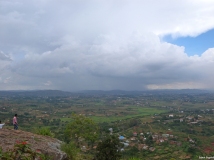 View from the gardens on top of the hill of Ambohimanga.

We then walked down the steep road from the hill to get to Madame Ariane’s park which is located close to Blue Hill. The road was a pretty red colour but also in terrible condition. I am not sure how any vehicle can make it through there but apparently some are able! We walked through the pretty landscape as drops of rains started falling before we made it to the park. On the way we had bought some bananas which we could use to lure out the lemurs. The lemurs are not fenced in in the park but live in the surroundings because they have learned that there is food to be had from the humans. Sort of free living but domesticated. There were a couple of sifakas, too; very beautiful animals. There were also a lot of other interesting animals on the premises, frogs and toads, snakes, geckos, chameleons, small nocturnal lemurs.. I enjoyed the park quite a lot. 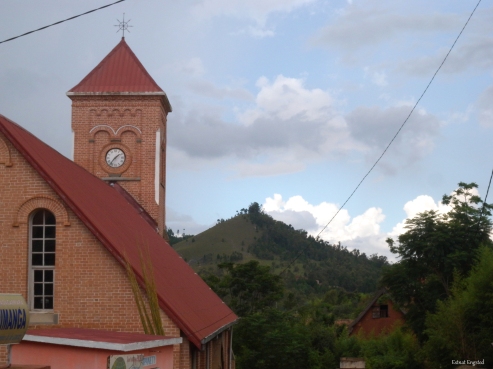 From the village on the foot of Ambohimanga, on the way to Madame Ariane’s park. 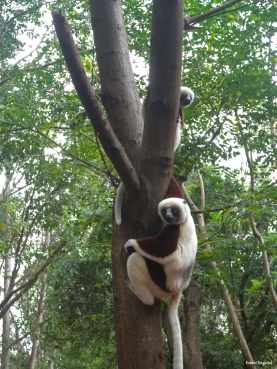 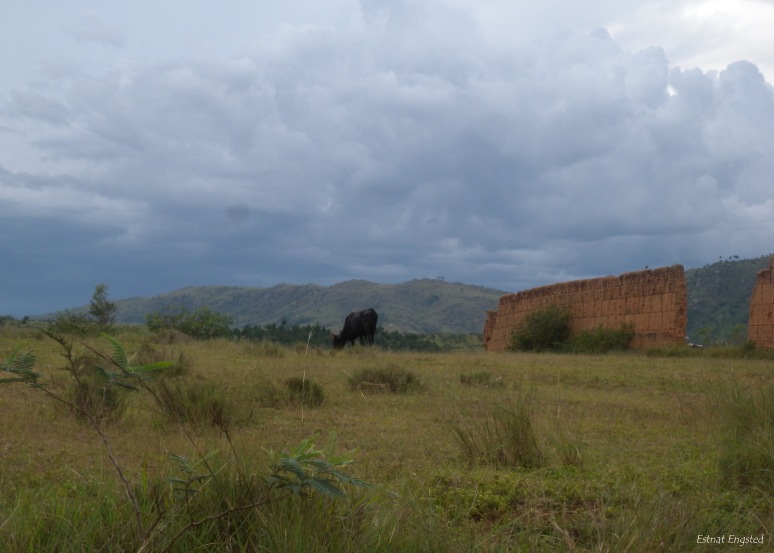 The storm gathering above the landscape near Ambohimanga.

We took the bus back to the city this time. As we approached the centre of Tana the skies really let go of the rain; it felt in huge, fat drops at alarming speed. We ran 10 metres through it and were already soaked. We had run to a restaurant where we decided to have our late lunch. It was quite a nice day where I think I experienced a fair bit.

The top picture is decoration in the colours of Madagascar’s flag on a building in the Royal Palace on Ambohimanga.